Neptune grass (Posidonia oceanica) exists only in the Mediterranean Sea and is an ancient ecosystem. One of the largest organisms on earth, single clones have been found that are over 100,000 years old. It has been strictly protected internationally for many years, highlighting its importance in the marine ecosystem. It’s crucial functions include:

Posidonia meadows have regressed by 34% in the past fifty years due to coastal development, trawling, intensive mooring and climate change. Although there has been some success in allowing it to re-grow, the rate of decline is significantly higher.

We work with local organisations and businesses to raise awareness of seagrass and its importance for marine ecology. This includes distributing information materials and giving presentations to sailing companies operating in the Ionian Sea. Seagrass doesn’t have the same charisma as other marine species, but it is crucial to the survival of life in the Mediterranean. Spreading the word on its importance is one of the best ways of protecting it. 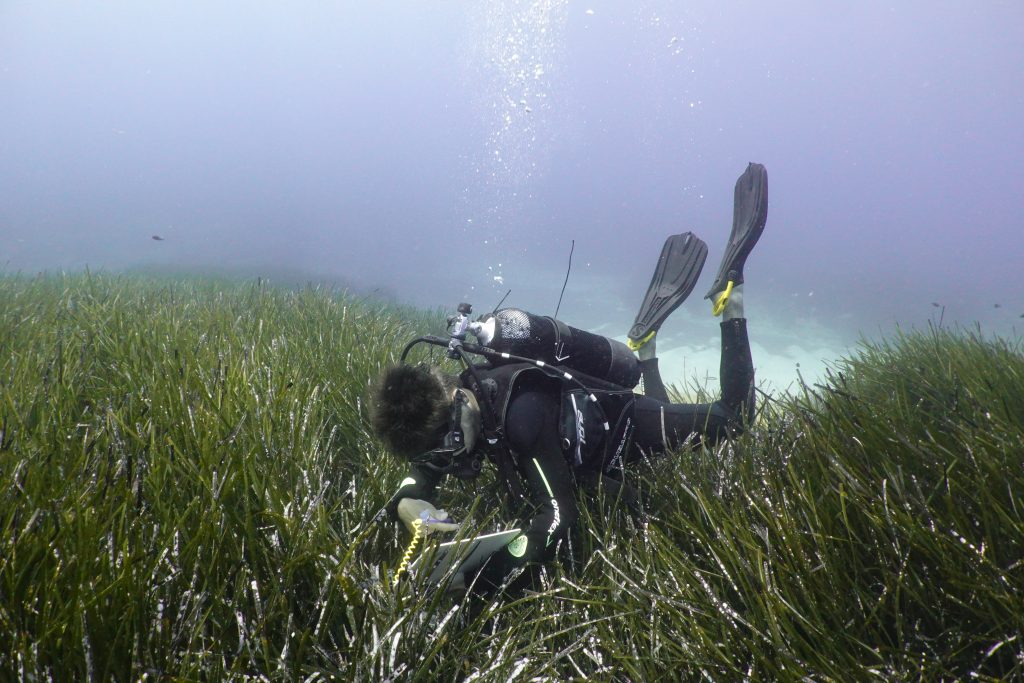 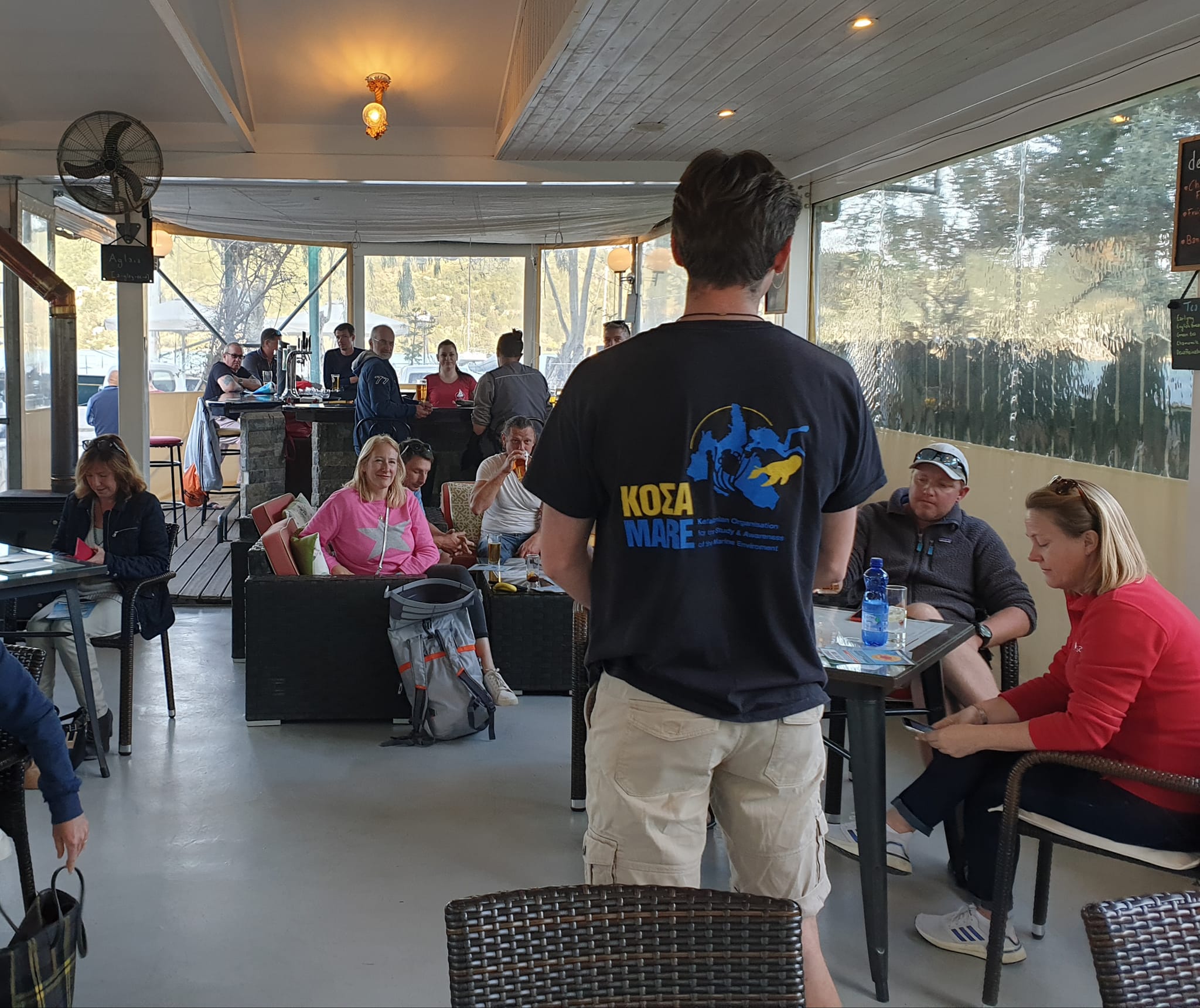 Together with teams of volunteers, our survey work is taking place in several bays in the north of Kefalonia. We are diving in these bays to take accurate measurements of the areas covered by Posidonia, as well as measuring parameters such as density of shoots and length of leaves. These give us an indication of the overall health of the ecosystem, which is complemented by surveys of fish populations. This approach recognises the interconnectedness of the ecosystem, with fish and other species relying in the health and abundance of Posidonia.

Do you want to be part of the surveys ?

In partnership with Octopus Foundation, we are monitoring the abundance of Posidonia oceanica by measuring changes in area cover using aerial imagery and mapping. This is supplemented by in-situ observation by our divers. 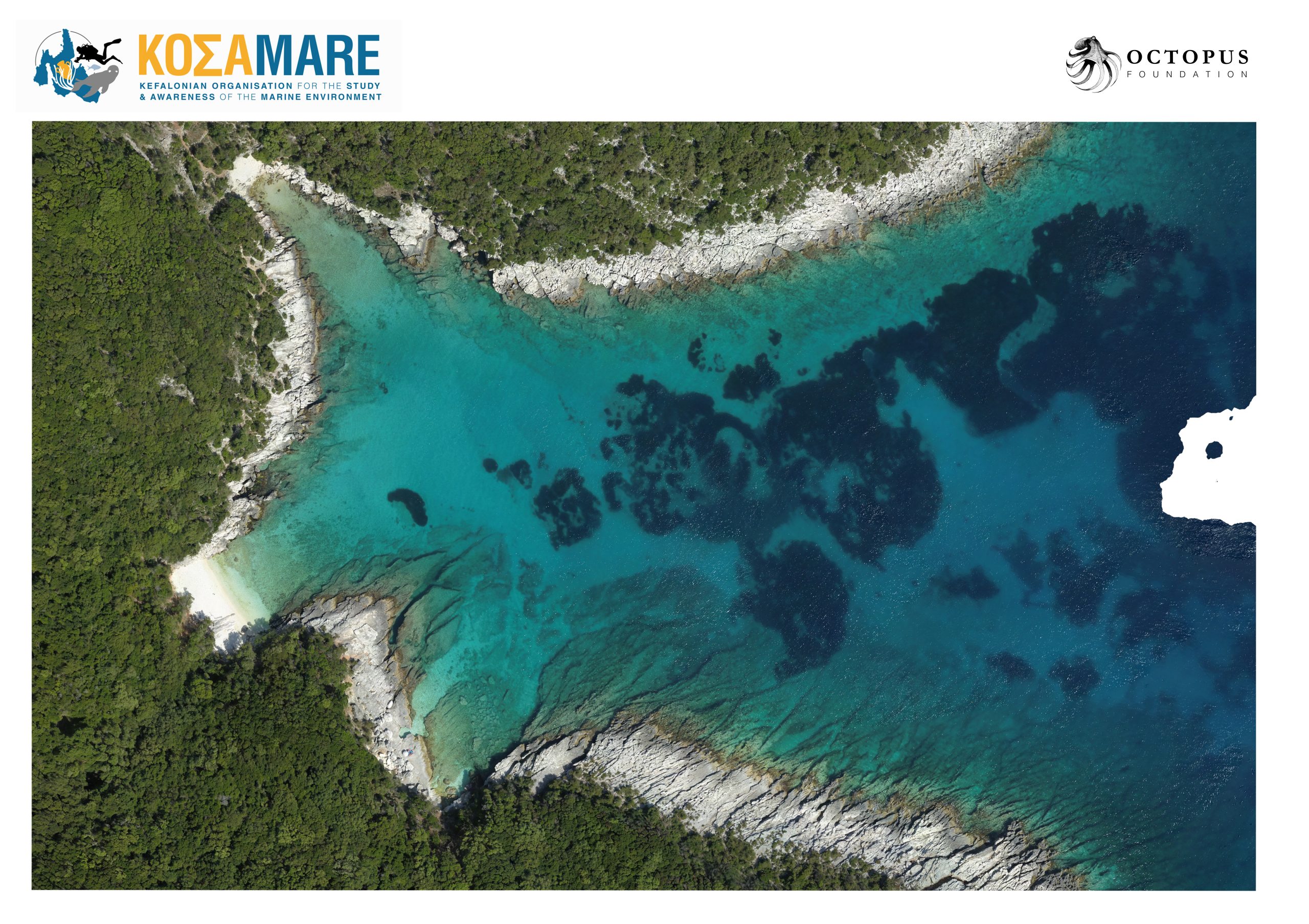 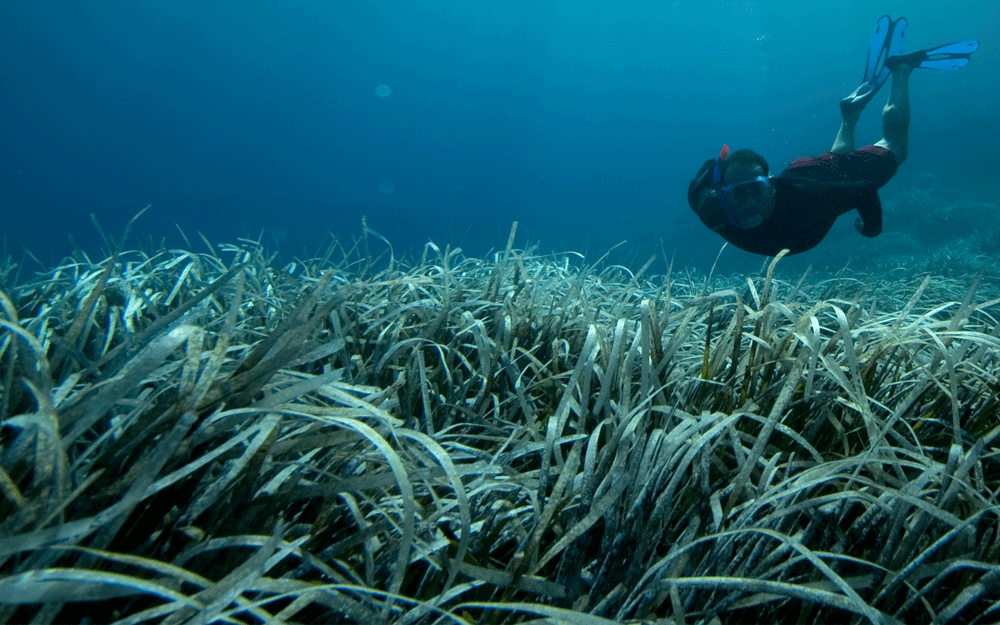 What you can do

Share information on the current situation and the importance of protecting Posidonia meadows.

If you are a boater :

1. Drop your anchor in sandy patches. You can see dark patches of Neptune grass from the surface and avoid it.

2. When lifting your anchor, do not drag it. Drive your boat forward so that the anchor can be lifted vertically.

3. Spread the word – tell more people about the importance of protecting seagrass.

Our work with seagrass is made possible through a PADI AWARE Foundation Community Grant.