Several times every year we are called by sailors who have come across an injured turtle. In most cases the animal has become tangled in fishing line and is too injured to dive, floating at the surface. Fortunately, Kefalonia has its own turtle rescue center in the form of Wildlife Sense, in Argostoli. We are usually able to retrieve the turtle in one of our boats, passing it on to the experts vets at Wildlife Sense, who nurse them back to health before their eventual release back into the Ionian Sea. 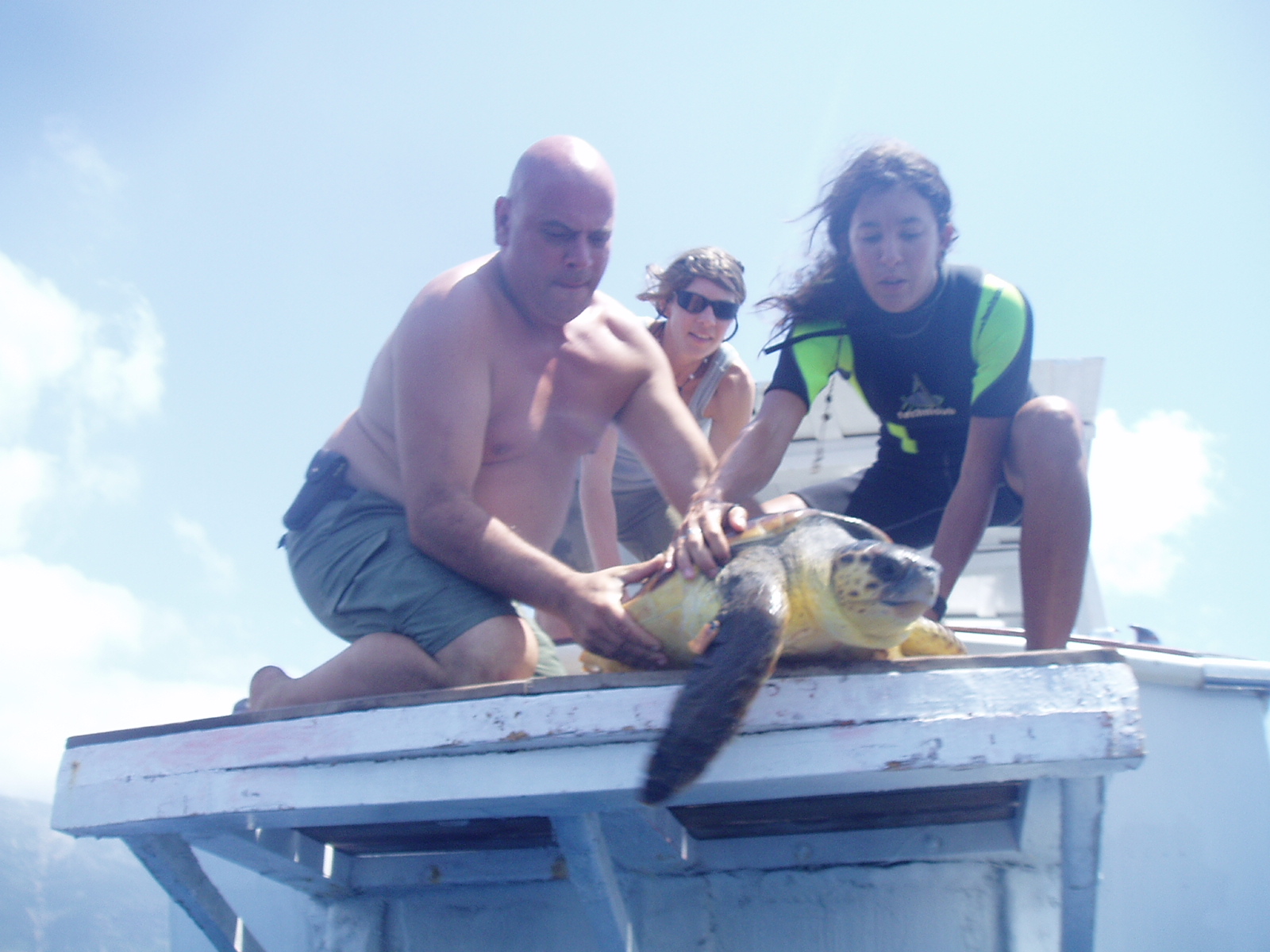 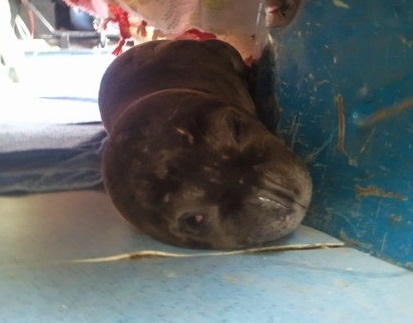 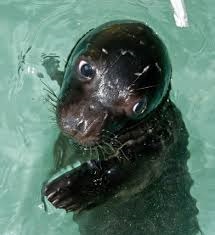 “In October 2009, I was called by someone from Assos at the end of the day to inform me that a seal pup was wandering around the port, crying. When I arrived, the owners of the Néféli restaurant had picked her up and were trying to feed her by offering her fish.

There had been a heavy storm the night before and the seal pup had been separated from her mother. This species once lived in colonies on beaches, but after centuries of being hunted, it gradually took refuge in caves that were difficult to access. During storms, this habitat can prove to be a fatal trap for young seals who do not yet know how to swim properly.

It became clear that the seal was only a few weeks old, still dependent on suckling from her mother, and if not fed quickly she would die.

I made the decision to put the seal back on the beach, near a cave, hoping that with a bit of luck her mother was still alive and that she could find him. So I spent the night, hidden near the seal to intervene in case of outside disturbance (dogs, humans, etc…) and hoping that at any time of the night, a mother would burst in calling for her little one!

In the early morning the baby seal decided to get in the water and moved away from the beach. Having little strength and being undernourished, I determined that he had very little chance of survival. The probability that she would find her mother in time had become almost nil, so I made the decision to contact MOm’s veterinarians and, in the meantime, to go on a boat in search of the baby seal.

I found her after barely 30 minutes. He was lying on a rock in the sun and would certainly have ended his days there if we had not recovered him. Mom’s vets were able to make him ingest a nutritious porridge using a syringe and then take her to their rehabilitation center, telling us that at this stage she had a one in two chance of survival.

Six months later we learned that our baby seal had become a healthy juvenile named Néféli (in honor of her first guardian angels). She was released into the Sporades Marine Sanctuary where she still lives today.” – Cédric Georges, President of Kosamare

In the spring of 2000, a fisherman from Fiskardo found himself with a 3-meter shark in his nets! It was a Sixgill Bottlenose shark (Hexanchus griseus) shark generally living at great depths.

The shark was still alive, so we helped free it and negotiated with the fisherman so that he would release it. He responded that if we wanted to buy it, we would be free to do what we wanted: either make soup or release it. And the starting price was 1600€!

It was necessary to act quickly. Even if the shark was returned to the water, tied by the tail awaiting its fate, it is known that a shark, in order to breathe, must swim constantly to create a current of water in its gills. He therefore risked dying of asphyxiation. Everyone put what they could in a hat and then we wandered through the port asking for donations from tourists.

After an hour we had collected the sum of 800€ and the fisherman agreed to give it to us at this price. We towed the shark into the channel where we released it. He resumed swimming slowly and eventually reached his depths. 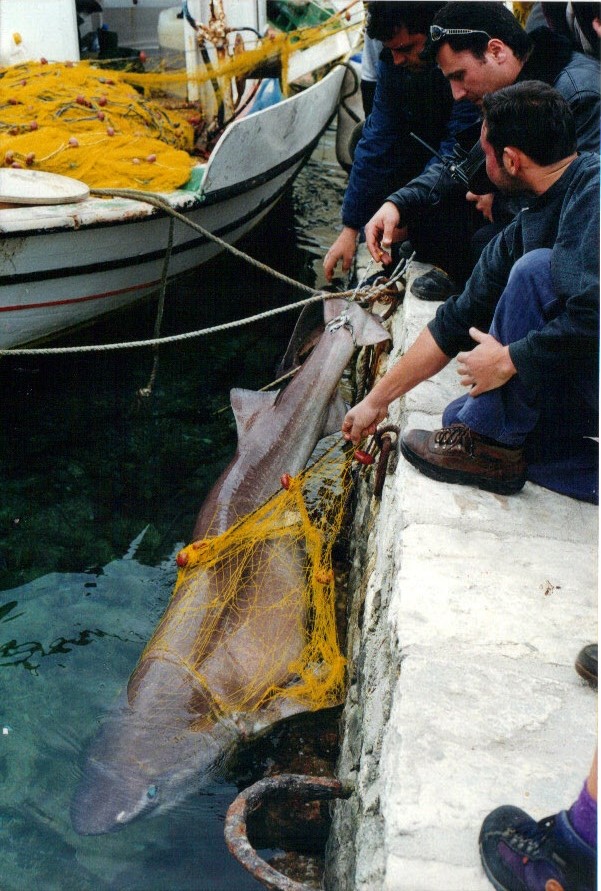