The invasion of lionfish in the Eastern Mediterranean is having detrimental effects on the native ecology. We aim to address the issue through the creation of a lionfish network and culling programme.

In 2019, the presence of the common lionfish (Pterois miles) was reported to us from the south of Kefalonia. In July 2020, we began encountering lionfish in the north of the island. The common lionfish is native to the Indo-Pacific ocean and is considered one of the most successful marine invasive species. It was first identified in the Mediterranean in 1991, with further observations in 2012 (Azzurro, E., 2017). The first observation was reported on the east side of the Mediterranean sea, a result of their invasion through the Suez canal. The lionfish have now almost fully invaded the southern coast of Cyprus and started appearing further west in the Mediterranean sea, including the Ionian.

A similar invasion occurred in 1992, in the Caribbean, with devastating ecological effects. The consumption of herbivorous species by the Lionfish reduces their control of algae and disturbs the balance of the natural environment (Morris, 2013). For example in the Bahamas, lionfish became the dominant predator on coral reefs and decreased the abundance of prey by 65% average in 2 years (Green et al, 2012).

It is also a competitor with the native predators and its presence can affect the behaviour, distribution, growing, survival and size of the population of ecologically similar but native species (Morris, 2013). Here in the Ionian sea, the presence of the Lionfish is a real threat for groupers, native predators of the Mediterranean. lionfish have a high reproductive rate, making them an even greater threat. Most of all, the lionfish has no natural predators because of its poison. Nevertheless, the Mediterranean could host two potential predators of the Lionfish: the blue spotted cornetfish (Fistularia commersonii), which is also an invasive species, and the native Mediterranean groupers (Barriche, 2013). But these two species are not enough to control the spread of the Lionfish. For the moment, the only known efficient solution is to reduce the abundance of lionfish manually, with divers removing them with proper spearing and netting techniques. 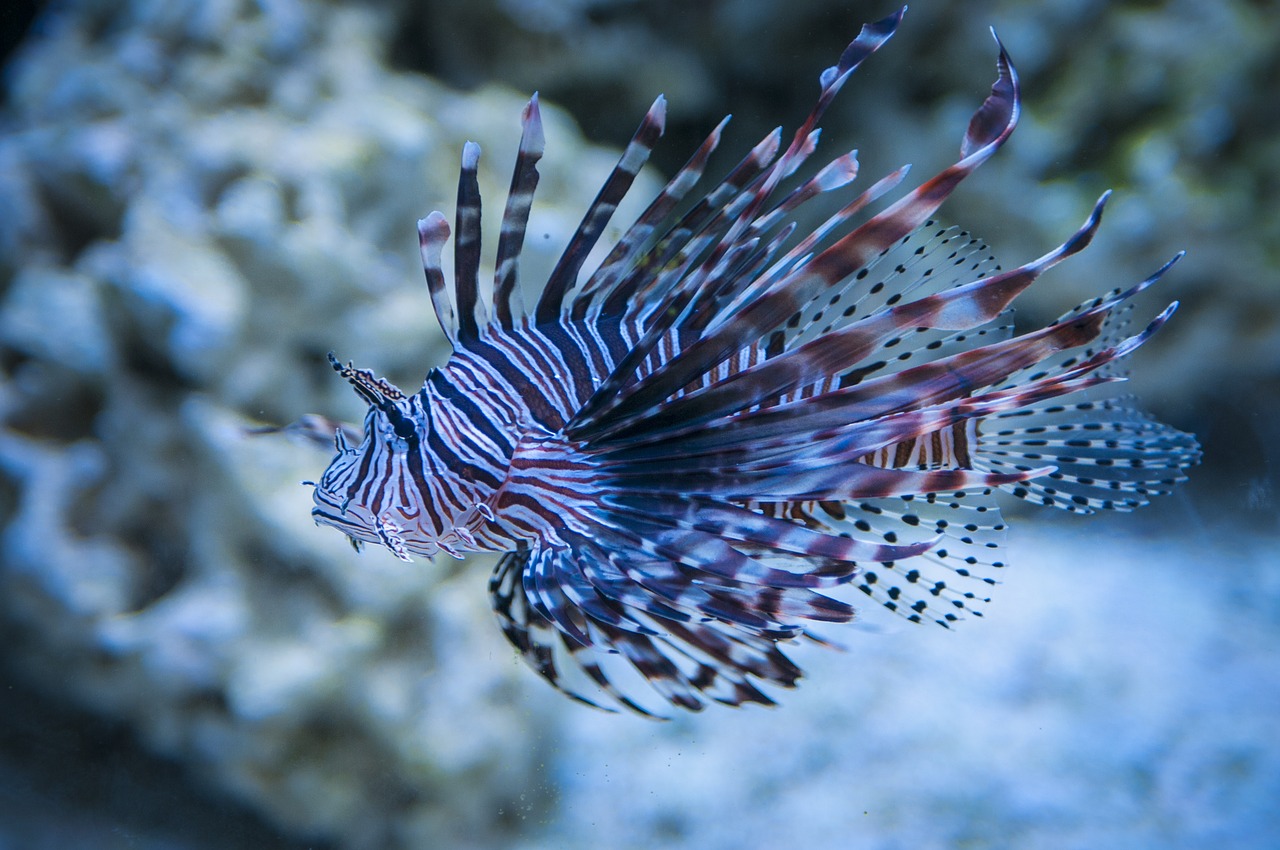 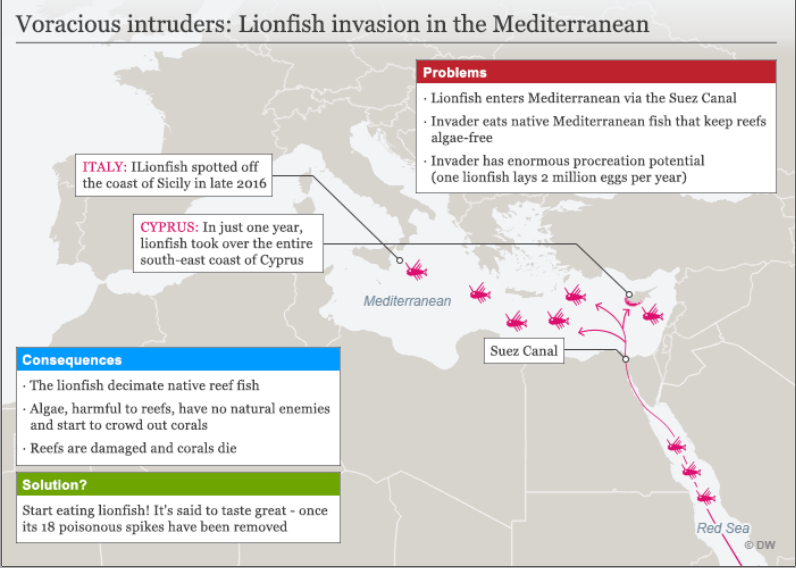 In 2020 we began monitoring and recording the presence of lionfish around the north of Kefalonia, locating three individuals. We also made contact with researchers at Wageningen University, Netherlands, to assist with a research project investigating the behaviour of invasive lionfish. They are hoping to understand whether individuals that roam to new habitats display traits of curiosity or bravery.

Ultimately, however, the eradication of this species in the Eastern Mediterranean is of utmost importance. We are therefore seeking to establish a network within the Ionian Islands for the monitoring and culling of invasive lionfish. Travelling to 15-20 dive centres on Kefalonia, Ithaca, Lefkas and Zakynthos, we will provide information on the lionfish invasion, an introduction to a monitoring platform, and training in hunting lionfish. We aim to provide the dive centres with the necessary equipment and skills to safely eradicate lionfish. Through these initiatives, we intend to slow and contribute to the halt of the spread of lionfish in the Mediterranean.