Oil and gas exploration activities in Greece: 10 facts you need to know

2. Six companies are involved in exploration and drilling activities, of which four multinational companies (Total, Repsol, ExxonMobil, Edison) and two Greek companies (Energean, Hellenic Petroleum). A number of these companies have an extensive history of oil spills, pollution incidents and financial scandals, including charges for tax evasion practices. Who doesn’t recall the Erika oil spill in France caused by Total, or the Exxon Valdez oil spill in Alaska caused by ExxonMobil.

3. Oil and gas concessions are threatening critical marine ecosystems and iconic species of global importance.
Offshore concessions are located on the Hellenic Trench, a deep marine area stretching from the north of Corfu to Southern Crete which is one of the most important Mediterranean habitats for the Cuvier’s Beaked Whale and the Sperm Whale. Other threatened species include the Mediterranean monk seal, the stripped dolphin, and the loggerhead sea turtle.

4. Oil and gas concessions are equally threatening important land ecosystems and biodiversity, including the North Pindos National Park and the Ramsar Wetlands of Messolongi and Amvrakikos. With over 1,750 species of plants and almost 300 species of vertebrates, including many rare and protected species, the Pindos region in particular is a biodiversity hot-spot.

5. Offshore drilling will adversely affect some of the most iconic tourism destinations of the Mediterranean, such as Corfu, Zakynthos and Crete. More than 8 million tourists visited the Ionian Islands, Western Greece and Crete in 2017 alone.

6. Oil and gas concessions are threatening coastal local economies and livelihoods.
More than 50% of the income and employment of impacted regions are dependent on the tourism and fishing sectors. Extensive pollution will likely destroy thousands of jobs and wipe out millions of income.

7. Any new oil and gas drilling project in the EU is incompatible with the Paris Agreement.
As evidenced by existing research, no new oil and gas infrastructure can safely be developed in the EU if we are to keep global temperatures from rising more than 1.5 degrees and avoid catastrophic climate change.

8. The risk of accidents and oil spills is high.
Any oil and gas drilling activity entails unavoidable regular leaks, which have important cumulative impacts on the marine environments, and species. Beyond that, unconventional deep and ultra-deep offshore drilling, as is planned in the deep waters of the Hellenic trench, hugely increases the risks of unmanageable catastrophic oil spills – similar to the Deepwater Horizon disaster in the Gulf of Mexico.

9. There are development alternatives to oil and gas, which can maximize local employment and incomes without threatening livelihoods and ecosystems. Research shows that investments in renewables, energy efficiency and sustainable tourism typically create more jobs and generate more income for local economies and indeed the whole of Greece’s economy.

10. Stopping oil and gas drilling is possible.
A number of campaigns across the EU have successfully stopped oil and gas projects in the Balearic Islands, the Canary Islands, the French Cote d’Azur and Italy. A moratorium forbidding any oil and gas exploration and extraction activities in Greece will contribute to a sustainable future for the Mediterranean Sea. 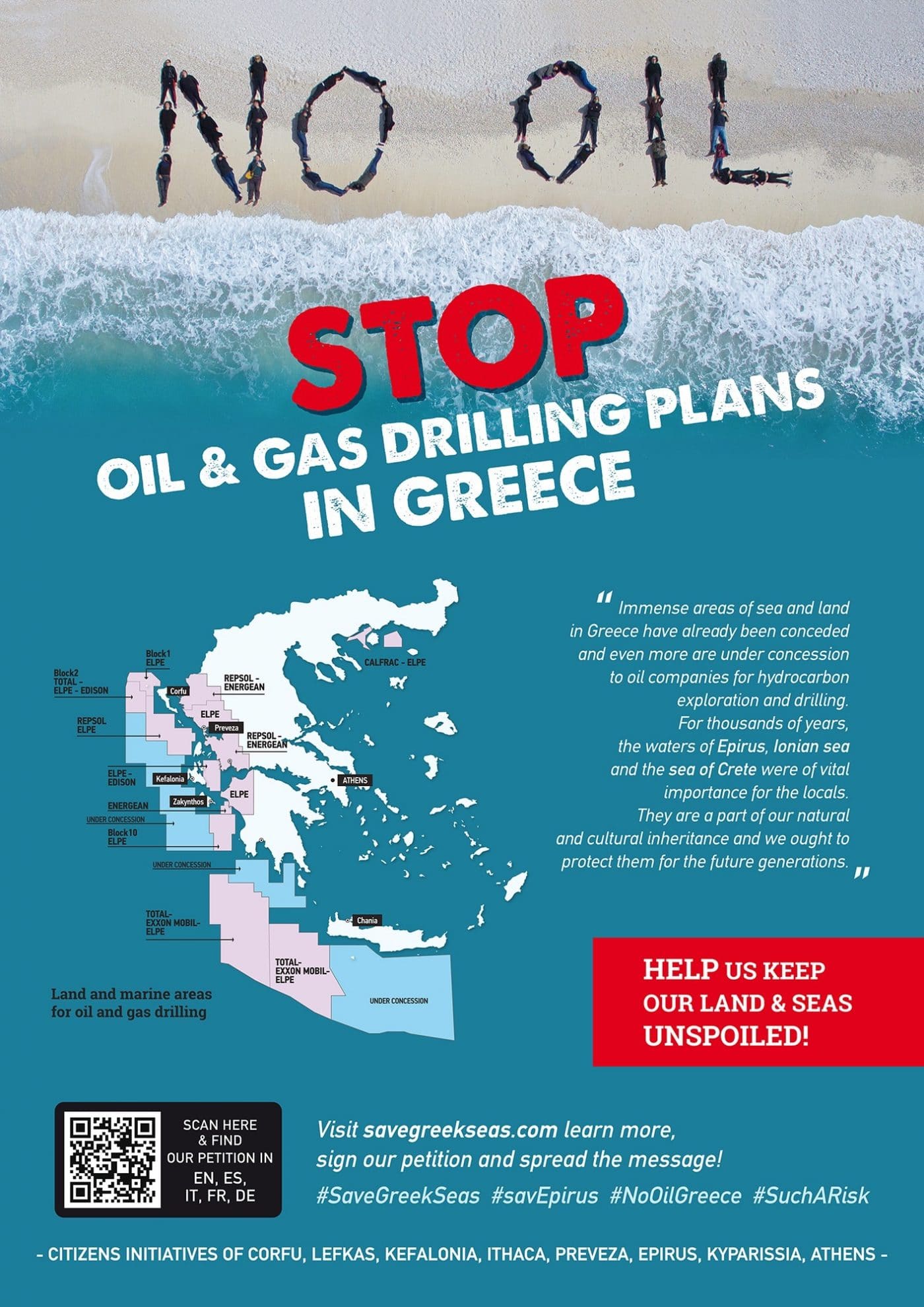 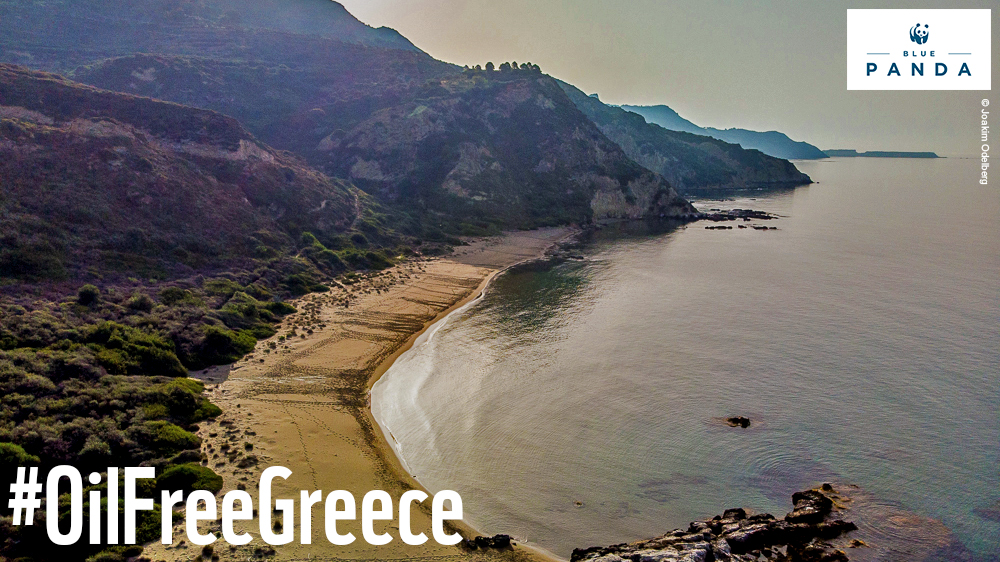 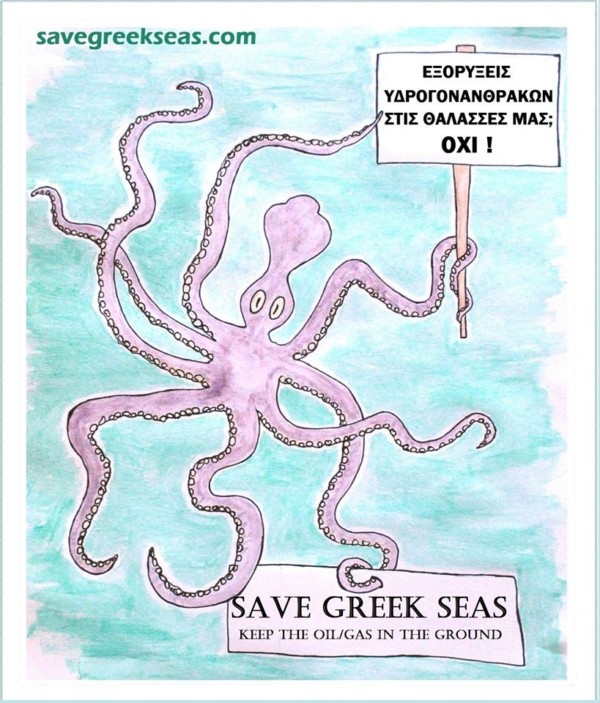 Your support is invaluable. Sign WWF’s petition and help us protect the Greek seas, the marine life, coast and islands that for decades have been a dream destination for millions of people. Let’s save our paradise!